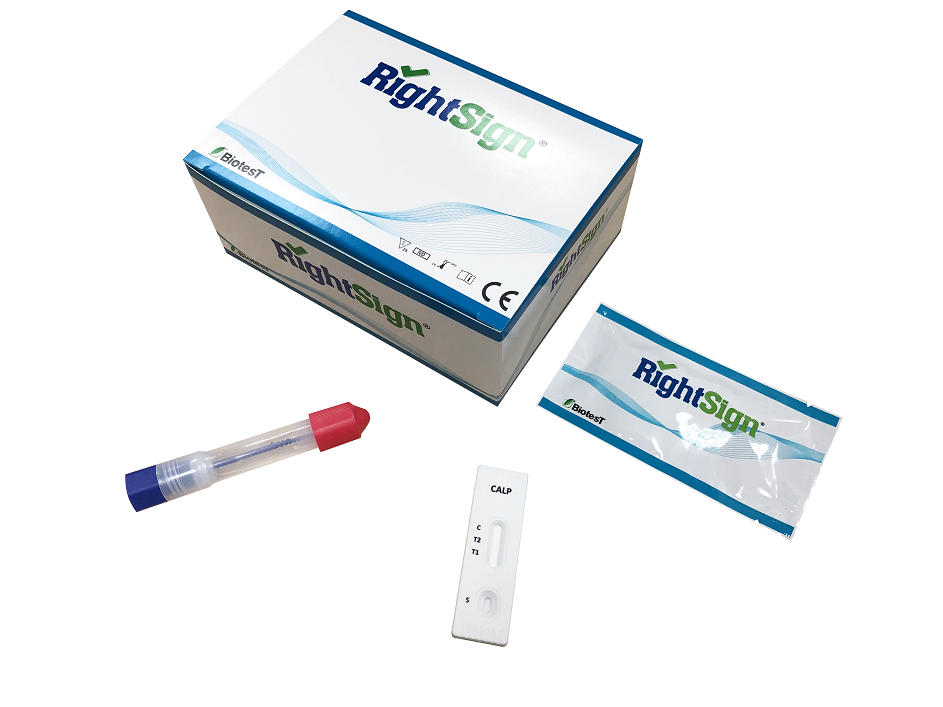 A rapid test for the semi-quantitative detection of Calprotectin in feces.

For professional in vitro diagnostic use only

Calprotectin, first described in 1980[1], is aprotein found in the cytosol of neutrophils and macrophages composed of two subunits S100A8 and S100A9. It is released extracellularly in times of cell stress or damage and can be detected within feces and thus can be used as a sensitive marker of intestinal inflammation. It is stable in feces for up to seven days at room temperature and has a homogenous distribution in feces, properties which lend it to testing spot fecal samples.The inflammatory bowel diseases (IBD)[3], Crohn’s disease[4] and ulcerative colitis, are chronic relapsing, remitting disorders. Diagnosisalong with assessment of disease activity and prognosis present challenges to managing clinicians.Fecal biomarkers, such as fecal calprotectin, are a non-invasive method which can be used to aid the sedecisions. Fecalprotectin has been shown

to be useful in the diagnosis of IBD, correlates with cosal disease activity and can help to predict response to treatment or relapse. With growing evidence supporting its use, over the last decade this fecal biomarker has significantly changed the way IBD is managed. Please fill in your contact information
and your needs